Born and raised in the suburbs of Heidelberg in Germany, he started an apprenticeship as electrical engineer at the well known Heidelberger Druckmaschinen AG once he finished school.
After finishing in 07 and working for another year, he decided to dedicate himself to music and moved to the Netherlands where he studied drums and bass guitar at the ArtEZ Pop Academy Enschede.
Four years of intense studying later, he graduated college with the degree Bachelor of Music. Besides studying at ArtEZ, he worked in different projects as producer and recording engineer. In 2011, he began an internship at the famous Fattoria Musica Studios in Osnabrück, Germany where he got promoted to Main Studio Assistant after a short time. He was involved in many classical recordings, as well as jazz and pop productions. For instance, he recorded the debut album of the then-unknown northern german pop duo Joco, and was chief recording engineer in many international jazz productions.
The success motivated him to improve his profession even further and so in 2013, he moved to Utrecht in the Netherlands to get his masters degree. He started a two year masterprogram in Audio Engineering and Music Production at the HKU Utrecht School of Arts (HKU), one of the best schools for Audio Engineering in the Netherlands. He graduated in 2015 with the Master of Music.
In January 2015, as part of his master research, he moved to Nashville Tennessee to study and work in the musical environment of Music City. He worked for the well known Sound Stage Studios and for the famous Blackbird Studios, along with engineers and Grammy Award Winners like Chuck Ainley and Jon McBride. The long collaboration sessions with grammy awarded Mix Engineer Mills Logan and Toto Drummer Shannon Forrest especially, shaped his mindset and engineering skills deeply.
Back in Germany he moved to Berlin where he is part of the Wellenbad Wedding, a modern Recording Studio at the heart Germanys capital that produces different artists and bands. Besides studio work he also established  quite a reputation in live and broadcast mixing being Front of House Engineer for several major theater and musical productions (e.g. the famous german musical „Tanz der Vampire“) as well as „Toningenieur“ for German public broadcast station RBB.
As a drummer he he has toured with international artists like the New Zealand Singer/Songwriter Teresa Bergman or Nashville based Singer/Songwriter Steve Savage. Besides that he works as freelance author for several German music magazines like „Drumheads!!“ or „Recording Magazin“ where he publishes articles about drums, recording and studio equipment on a regular basis. Since 2016 he is official member of the „Verband deutscher Tonmeister“ (VDT), the German Audio Engineering Association.

Manuel Knigge is endorsed by: 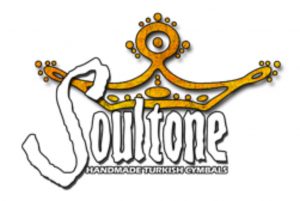